Jolina Products offers a wide range of retro furniture for both catering industry and private individuals. 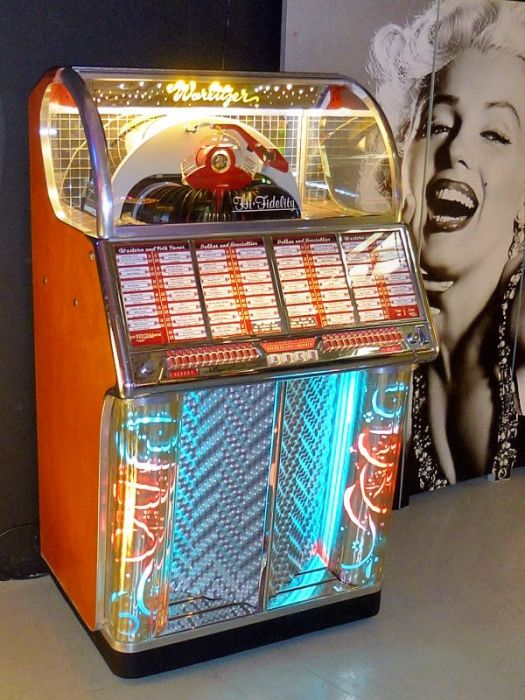 The Wurlitzer 1700 was the first 45 rpm jukebox whose singles were stored vertically in a horizontally rotating carousel.
After the selection is keyed in, the carousel starts rotating and the singles are lifted up and played.
The two illuminated plastic columns on the front, with two films, are very special. This gives a beautiful 3D effect.